Why does weight loss get harder as we age?

It's no secret that as we age, maintaining a healthy weight can sometimes be an uphill battle for many of us. It might have started when you moved out of home and

started eating more take-out foods as they were cheap and quick. Or in your 30s when taking care of your body was no longer a priority amid the stress of juggling a career, house and family.

But whilst it is true, weight/fat loss can be harder as we age, by understanding why we can overcome this.

In fact it is possible to be in the best shape of your life, whether you are 30, 40, 50 or older. So don't let any of the preconceived ideas about aging and not looking your best hold you back - in fact those very thoughts might be what IS holding you back.

So lets look at some of the reasons weight loss can get harder as we age:

1. You're not sleeping enough.

Before you had a baby waking all hours of the night, kids to drive to school and

meals to cook, a house to keep (the list goes on ...) sleep might have been one of your favorite hobbies.

But now with added stress, the medications that can sometimes keep you up and, yes, even having to run to the bathroom more often at night -- getting seven or eight hours of sleep seems like a fantasy.

2. Your metabolism just isn't what it used to be.

When you were younger, you could easily down a few donuts without any consequences. Now, you might swear you could gain a pound just looking at that same donut.

According to to some experts your metabolism slows down by 5 percent, every decade after you turn 40.

Your metabolism is your body converting food into energy. So when this slows down, you can't burn calories like you used to.

Many experts say that to counter this, you just need to trim off about 100 calories a day from your diet. It may not seem like a lot, but the calories can quickly add up. At 100 extra calories a day, 365 days a year, you're looking at up to 10 pounds of weight you can possibly gain.

As the saying goes, "use it or lose it." And as we get busier we start to use it less, more time in front of a computer or driving kids around in the car.

The truth is weight training is something that can easily be done at home, with a few sets of dumbbells. You don't need much room either, so no excuses.

With each pound of muscle you gain (or swap out for a pound of fat) will increase your metabolism and help you burn more calories throughout the day. And besides keeping trim, some studies also show that strength training can also help protect your bones and prevent osteoporosis.

Those were some of the "physical" reasons we find it harder to lose weight as we age, but there are some "mental" reasons also:

When you do the same workout you did 20 years ago and wonder why your body isn't changing anymore - you HAVE to "progress" in order to challenge your body! To fix it, just need to change things up! Why don't you try getting in some weight training, to help out with your metabolism!

2. You have a set of beliefs around aging that are limiting you.

Just because a lot of people look 'worse' as they age, doesn't mean it has to be the case.

Find role models your age and older and make that the new "norm". There are plenty of the out there you just have to be open to changing that belief.

Check out these articles for some great role models:

3. The media makes us believe that only young people are super fit.

But this this just isn't the case.

But you would be amazed at how many women are ditching the stereotypes, ignoring the media, and taking care of their bodies to look and feel decades younger than they are!

4. Most people have negative beliefs, and they are validated at every turn.

If you are like most people, you are surrounded by friends that have bought into the media bombardment that tells you aging is bad...and that just isn't true!

I don't want YOU to give up so easily because of limiting beliefs that are told to all as a 'fact'.

If you had told me in my 20's that I would be as good, or possibly better shape in my 40's than then, I NEVER would have believed you! But it IS possible to be your BEST you at ANY age! 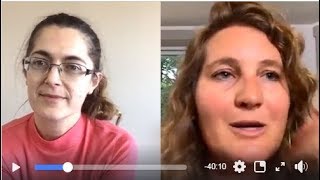 How Inflammation Can Impact Your Body

10 Tips towards a healthier lifestyle

Motivation, how can you maintain it?